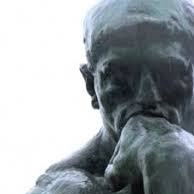 Not too long ago, I was reading Michael Shermer’s preface to Peter Boghossian’s book, A Manual for Creating Atheists. In the preface, he criticizes belief in eternal life, Jesus, and God’s work of salvation as being extraordinary claims made by Bible believing Christians. He reminisced about how he used to be an evangelical Christian, but he found these claims unreasonable. After researching what he calls the truth found in science and ”reason” he became an atheist.

As I was reading Shermer’s remarks, I found something I could not resist addressing. Those of us who have found ourselves talking to someone embracing the “new” (as in popular) atheism may have heard this claim. But Shermer’s ridiculing religious faith was in the context of a popular atheist objection (may I use the term “gauntlet”?) that I want to address in this post: “extraordinary claims require extraordinary evidence.”  Where does this statement come from?

This phrase was first popularized by Carl Sagan (1934-96), who was an astronomer, author, and host of the popular PBS TV series, Cosmos. Along with his television show, Sagan is known for his hundreds of scientific articles, and for being a professor of astronomy at Cornell University in Ithaca, New York. What did Sagan mean by this statement?

May I say that the church is in dire need of training in critical thinking?  At the same time, I think there is nothing wrong with having a little healthy skepticism, particularly with some of the wild stuff that is coming up on Facebook walls. To be honest, there are some reasons that I think this statement is really not all that bad. The problem surrounding it is the unbelief encompassing the evidence that we present to the atheist.

So, before I agree with the statement, allow me to present some of the  qualifications that are needing to be understood before full agreement can be accepted.  Let’s look at those qualifications.

First, it requires an extraordinary validation

Second, we need to evaluate and qualify the presuppositions

The requirement of ‘extraordinary evidence’ for ‘extraordinary claims’ is highly subjective. While it might sound good at the onset, the atheist’s presuppositions strongly impact how and what degree this statement is to be applied. The application in most cases manifests itself as dishonest on the part of the atheist.  Allow me to demonstrate this.

Let’s use the example of Jesus‘ resurrection. As a Christian, I believe that God exists, and because God exists, He could raise His Son from the dead in the same body that was crucified, only glorified. What extraordinary evidence would I give?  Well, we could start with the minimal facts that every scholar would accept. We could talk about fulfilled prophecy, and move to the circumstantially sound eyewitness records of Jesus‘ post resurrection appearances. Lastly we might bring in the changed lives of the disciples, and how it is shown in history their willingness to die for their faith. These lines of evidence, along with many others, would make a great presentation in a church to equip believers. They may even be enough to convince many who believe in God but struggle with the facts of it being reasonable to believe that Jesus rose from the dead.

The atheist does not see it this way. That is because they negate the resurrection by default because their presupposition is that there is no God.  Since there is no God, God could not be involved in the resurrection, so it did not happen. Therefore, for an atheist, the ‘extraordinary evidence’ would have to be ‘exceptionally’ extraordinary in order to overcome their atheistic presuppositions. In other words, the kind of evidence that would need to be presented would be that which is rock solid, and irrefutable.

This is why the atheist requires “extraordinary evidence.”  The atheist’s escape hatch of God’s nonexistence enables him to retain his presupposition should the extraordinary level of the evidence not be met. Well of course it is not going to be met, since there is nothing supernatural in a naturalistic worldview.  So, requiring extraordinary evidence effectively stacks the deck against the claim.

So what would qualify as extraordinary evidence?

Frank Turek asks atheists the following question: “If Christianity were true would you become a Christian?” Some waffle with the morals, while others cut to the chase with a strong answer to the negative.

Over the last couple of years, since going to the Reason Rally up on the DC Mall, I have had numerous conversations with atheists; some on Facebook and others face to face. In those conversations, there have been some who have thrown down this objection, especially when it came to my sharing with them about the resurrection of Jesus.

When they have asked me for evidence on why I believe in Jesus, I have gone to the resurrection of Jesus. In those same conversations I would have them tell me what they would qualify as extraordinary evidence.  The response is not really sensible. Normal evidences would be something like an eyewitness document written at the time of the event. Extraordinary evidence would be seeing something on video when it is impossible during Jesus’ time to have such technology.

Third, what criteria do they use to determine what is extraordinary evidence?

Most atheists appeal to science or some other naturalistic approach. The problem is that they are looking at something through the wrong “spectacles.”  There is no precise scientific method for determining the veracity of historical events. At the same time, there are no scientific methods for proving esthetics, or logical truth claims. When using the tools required within the scope of “doing” history, there appears to be a degree of subjectivity involved.  Different people will claim different requirements for validating ancient phenomena based upon their presuppositions for doing history; and their type of evidence will reflect those presuppositions.  Also, since ancient events dealing with human historical claims are not observable and repeatable, one must look at the evidence from a different discipline.  This makes the application of “extraordinary claims require extraordinary evidence(s)” subjective for determining ancient events.

Lastly, are the criteria for extraordinary evidence reasonable?

The atheist often requires “proof” that God exists, or “absolute proof” that Jesus rose from the dead. When an atheist uses the word “proof” it usually means that they are looking for what Descartes was trying to pursue, indubitable certainty. And in many cases, their only appeal for indubitable certainty is through the lenses of natural science.

In my handfuls of discussions, I have heard some atheists say that the only proof they would accept of Jesus’ resurrection would be if it could be tested using the laws of science. This is absurd, because we know that this is an impossibility, since the scientific method means constructing the hypothesis, observation, experimentation, analyzing, and measuring in pursuit of empirical adequacy revealed in repetitive results. We all know that we cannot scientifically test an event that happened over 2000 years ago, just as much as we cannot test empirically something we did last year on vacation.

Atheists know this but they still press for it anyway, which makes their case unreasonable. This is one of the main reasons why I believe that an atheist is one for moral reasons and not for intellectual reasons. Atheists like to argue in this brute fact manner, and when the Christian fails to produce a scientific method or scientific evidence, they feel vindicated.

You and I can pick any great figure in human history, whether a Caesar, an Alexander, or a Washington. We can show their deeds, good or bad. We can read their writings, and research whatever their namesake is known for, and it is really no big deal.  It won’t have any effect on anyone and it won’t change anything in anyone’s life.  But, if we do the same with Jesus Christ, it is completely different.  Jesus claimed to be divine and He had a message for people about heaven and hell. He gave the message that salvation is only through Him. Such a claim requires extraordinary evidence, such as performing miracles and rising physically in a glorified body from the dead. The claims concerning Christ can have a profound effect on people and it they make them uncomfortable.

Therefore, people will not want what Christ said to be true, and they will desperately try to hold onto their presuppositions. Therefore, when someone makes the claim that “extraordinary claims require extraordinary evidence” it is only a gauntlet that will one day come down.

We just need to make sure that we understand that the playing field needs to be level, whenever possible, and share our convictions with gentleness and respect with the mind of Christ.