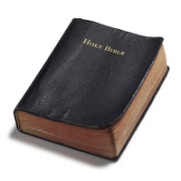 This post is a follow up to my previous entry on a biblical view of apologetics. At the National Conference on Christian Apologetics, there was a discussion on the starting point of apologetics. What seemed like a good start, the discussion turned into a debate on why the YoungEarth view was better than the Old Earth view,which was not the intended topic for the discussion since both in the discussion (Ken Ham and Dr. Richard Howe) were proponents of the young Earth position, for different reasons.

While which specific methodology is the best, it will not be the topic of this posting. This is because the temptation with apologetics is to offer set answers to set questions.

Apologetics can be useful to have a structure in mind when dealing with certain issues. However, it is better to have an understanding of how we can effectively engage with people at a conversational level. And this is really a new paradigm to contemporary evangelism.

Jesus is the Model for Conversational Pre-evangelism

Jesus spends a lot of time talking to people within the corpus of the first seven chapters of John’s gospel. Whether He is talking to individuals, small groups or large crowds, there is an immediacy and intimacy in what He does. The goal for Jesus is for people to know God and to see Him as the One sent by the Father.

Why Are We Hesitating to Join In?

There is this thing called the 20/80 rule that sums up the idea that 20 per cent of the workers are doing 80 percent of the work. Doing the work of evangelism and Great Commission Kingdom work is no different. Why is this so?

Reading through the four Gospels reveals that Jesus asked well over 100 questions of His critics and His questioners. Why?   What do questions do?

Questions open up the person to their own assumptions. Asking questions of the question was a key tactic of Jesus because He encouraged people to think.

Getting People to Think

Asking a question forces people to think. Contrary to practical outworking in the church, thinking is not the enemy of the Christian faith. We consistently see that Jesus asked questions to make people think about what they were saying.

Luke 18, “Good teacher, what must I do to inherit eternal life?” Instead of saying what the man should believe, Jesus asks: “Why do you call me good?” He replies: “No-one is good but God alone.”

Getting someone to think reveals their assumptions. Asking questions is frequently a better way to do this than “spiritually mugging a person by jumping into some kind of detailed rebuttal. In a conversation people are listening to and thinking about what the other person is saying. In an argument, people end up in an automatic response mode.
Exposing contradictions

e.g. If someone were to say to you, “There is no such thing as truth. If there was, then I would have a reason to live.”

A response of some sort to this objection would be, “You say that there is no such thing as truth – tell me, is that statement true?”

It is correct to conclude that life must be meaningless if there is no such thing as truth. The faulty assumption made is the belief that the claim “everything is relative” can be meaningfully stated.

In an evangelistic encounter, people will ask, “what do you think about (moral issue)?” Our knee jerk response frequently as Christians is that we want to jump in with answers to questions without really taking a moment to think about the assumptions in people’s minds concerning the issue they are raising.[1] In Matthew 22, Jesus is asked whether it is right to pay taxes to Caesar or not. Jesus knows that the question is a trap and Matthew tells us that in the passage (22:15).

Israel was under occupation by the Romans, who were regarded by the Jews as the evil oppressors. To pay the poll tax, and certainly to collect them, was seen to be strengthening the hand of the enemy. Was not Israel God’s chosen people? Was this not their land? Surely to help the Romans was to go against God himself?

In the minds of the listeners, if Jesus is going to be on God’s side, he is expected to say no. If he says no, it will get back to the authorities, and he will be arrested – which is what the questioners want. If he says yes then he will loose the respect of the people. As far as the questioners are concerned, it is a win / win situation.

But Jesus asks for a coin. “Whose portrait is this?” he asks, “Whose inscription?” “Caesar’s,” they reply. “Give to Caesar what is Caesar’s and to God what is God’s,” Jesus answers. He has redefined the issue at hand: he says it is right to pay taxes, but answers in such a way as to make certain that no one misunderstands what he is saying. Not only is the question answered, but also the sentiment and prejudice lying behind the question.

Now let’s take a modern illustration of the same stripe. And let’s use the question of abortion. The issue is normally phrased in terms of “choice” – does a woman have the right to choose what happens to “her own body?” The question, when phrased this way, seems to allow only one answer – yes.

Giving the right answer does not rectify the problem of asking the wrong question. The question must first be reformulated before any answer can be given.

Asking questions is also a way of exposing people’s motives. Luke 20: did Jesus really want an answer to his own question? His question is designed to reveal their own motives, and their most appropriate response would be an apology for the way that they were treating him.

It is important to distinguish between people who like debating games and those who are sincerely interested in the answer. Again, asking a question is the easiest way to do this. “Tell me, if I were to answer this question for you, would you become a Christian?” normally focuses the mind quite quickly.

Helping someone to understand their own motives in asking questions gives them a chance to reflect on the importance of what is at hand. We are not involved in evangelism to play games with people. The stakes are too important for that.

Asking questions gives the person you are talking to the vital opportunity to explain where they are coming from and what they believe. Let me invite you to check out Luke 10 and 18: each answer that Jesus gives on eternal life is tailored to the individual he is speaking to.

Apologetics can become mechanistic. Although the truth of the Gospel remains constant, we mustn’t think that by repeating things we have said to other people in the past, we will automatically get the same response.

What will happen to people who have never heard the Gospel? Why does God allow suffering? These two questions are similar in both being moral complaints against God.

Are you saying that so and so went to hell? The answer to this question is that we don’t know. We are not in a position to judge who will be in heaven and who isn’t, and it is a mistake to get drawn into that debate. What we do know is that there will be no miscarriages of justice on judgment day. In Revelation 19:2 we read that the multitude will declare that God’s judgments are true and just: he is the perfect judge.

What we can do is assure them that God’s judgments will be true and just. But how do they stand? What about someone who is offered forgiveness and then turns it down?
First address the problem of love. Many will recognise that the idea of life without love is an abhorrent one. Whether it is expressed in music or in psychology, love is seen as an essential ingredient in life.

When God created the world, he created one that had freedom in order that it may have love. Yet if we are free to love, then we are also free to do evil. At this stage, anyone who wants to object must somehow demonstrate that it is possible to create a world capable of love and in which there is no freedom. It cannot be done.

We must also remember that choices entail certain consequences. We are free to make our choices, but not free to dictate the consequences. The choices we exercise effect not only ourselves, but also the environment in which we live.

When God created the world, He did not sit back quietly holding His breath hoping that nothing would go wrong, and then react with surprise when it did. The Scriptures talk of the Lamb who was slain from the creation of the world (Revelation 13:8, NIV). Not only did God want to create a world that could enjoy love, he knew what would go wrong and was prepared to pay the price to rescue it when it did. And the price was not a trivial one. As a matter of fact, it is the pain and suffering of the Cross by which that rescue is made possible.

[1] A lot of times when an issue is raised, people who train the church in dated evangelism approaches have shared that the Christian is to just keep the focus on the Scripture. The problem is not the Scripture, but the fact there is a paradigm shift that has occurred that many are volitionally oblivious to acknowledging.