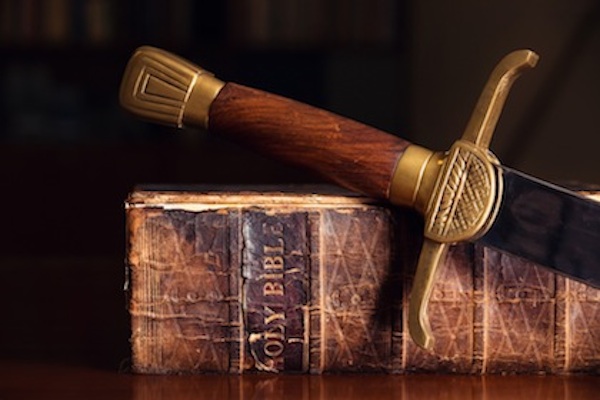 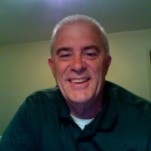 Some time ago, a good friend on (and outside of) Facebook posted an apologetics video on my wall summarizing evidence for the resurrection of Jesus. The video, as one might guess sparked all kinds of conversation with one of his friends.  This friend committed the red herring fallacy when raising the issue about the issue of which books were chosen to be included in the Bible. Though the main topic was the resurrection, I am taking the off topic question to task in this post.

The friend’s defense appealed to a faulty source, using the presentations on the Bible from National Geographic and History channels. Many of the scholars on these programs are from liberal or neo-orthodox schools of thought.  I always wonder why didn’t the History Channel and others pontificating on the books of the Bible include solid evangelical scholarship? The answer to that question still remains a mystery.

So being a conservative scholar, appealing to good scholarship, allow me to shed some light in this posting as to why some books “missed the cut” for being included in the Bible and why that happened. Many ancient writings were considered in the process of the Bible’s collection of books. But who determined the selection? Did Constantine in his Council? What was the process? What prompted the need for such a choice, and what were the key factors that were considered?

In answering these questions allow me to address them with some more specific questions.

What is the main question on this issue?

Whenever someone raises this challenge, there is usually a central question underlying the objection. Here the central question is about whether or not a book was inspired by God. This assumes another issue: if God inspired any writings, would He not be the one who guided the process of collecting them into His Book?

The rationale seems obvious. The historical view of Christians, who hold a high view of Scripture is just that: God superintended the canon (standard books) of Scripture, and the church discovered it. The word canon means “a standard of acceptance for the final list of books recognized as written by God.

How do we know that it comes from God?

This questions supposes the desire to know what really came from God. In all actuality, there were four developments which forced the early Christian church to act. These developments were:

(3) Christianity expanded to new lands and those doing missions needed to know which sacred books were needing to be translated into the languages of the people where they were ministering.

(4) Lastly there was edict of Diocletian (AD 303) which ordered the destruction of the Christians sacred writings and threatened death for those who refused to obey his order. The believers wanted to know what books would be worth dying for.

What were the central factors for declaring inspiration of the books?

The central factor for recognizing a book’s inspiration was apostolic authorship or at least approval , since the apostle’s authority came from the Lord Jesus Himself. There were specific questions used in this process:

(1) Was the book actually written by God’s prophet or apostle or someone closely associated with one?

(2) Was the author of book confirmed by acts of God?

(3) Did the book’s message tell the truth about God?

(4) Did the book contain God’s authoritative power? In other words, did it have “thus sayeth the Lord” backing it?

(5) Was the book accepted by God’s people, the church?

The process grew more complex and time consuming than the previous five questions might suggest. Christians then and now believe that the Holy Spirit guided the process because He was the One who inspired the writers in the first place (2 Peter 1:16-21). To think otherwise would be highly unreasonable for God to give us certain writings but then not ensure that the right ones were recognized as His message.

So which books did not “make God’s cut?”

The books that did not make the cut were the ones found in the Apocrypha. The Apocrypha is a collection of fourteen books of Jewish history and tradition written from the third century BC into the first century AD. Why did these books not make it into the accepted canon?

The argument against including the Apocrypha in the canon brings these points to the spotlight:

(1) The Jews never accepted the apocryphal writings as Scripture in spite of the fact that some of the books were Jewish history.

(2) Any acceptance that the Apocrypha did enjoy was only local and temporary;

(3) No major church council included the apocryphal books included in the canon of Scripture;

(4) The Apocrypha does include errors;

(5) It teaches doctrines and dogma that are contrary to the rest of the corpus (body) of Scripture;

(6) Neither Jesus nor any part of the New Testament writings quoted it even though they quoted parts of the Old Testament hundreds of times.

(7) Lastly, those Christian churches that eventually accepted the Apocrypha, did not do so until many centuries later.

When God tells us that “all Scripture is inspired” (God breathed – theoneustos), along with Peter telling that “men moved by the Holy Spirit spoke from God” we can understand the divine Author of the Scriptures (both Old and New Testaments) superintended the recognition as much as He did their inspiration. The Bible that you take to church with you, and that we hold in our hands contain all that He inspired and nothing that He did not inspire.

Why Not Consider the Following Books for More Research . . .

Josh McDowell, Evidence that Demands a Verdict.
Norman Geisler and Frank Turek, I Don’t Have Enough Faith to Be an Atheist.
Rick Cornish, 5 Minute Apologist: Maximum Truth in Minimum Time.