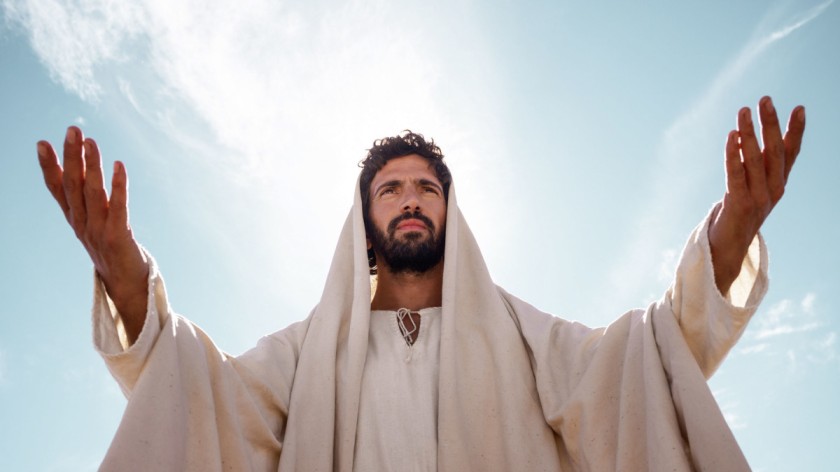 “How dare you judge another brother in the Lord for ministering in the name of Jesus!”  “You Pharisee, don’t you know that X preacher preaches Jesus?”  “Don’t know that we are a Christian Church because we have the name Jesus Christ in the name of our church?”  Have you ever heard these declarations when saying that there is something wrong about a popular preacher’s teaching on the Godhead? Have you ever heard a certain group say anything about the fact that they have the name, “Jesus Christ” in the title of their church?

What I would like to do in this essay is the show that just because someone says they believe in Jesus, in our post Christian culture, where the teaching of doctrine is all but absent in many a church, that not all that use the name of Jesus, actually believe in the biblical Jesus. How does know this?

There are a couple of passages that I would like to share that set the groundwork for my points which are to follow. The first one is from the Apostle Paul where he says in 2 Corinthians 11:4, “For if someone comes and proclaims another Jesus than the one we proclaimed , or if you receive a different spirit from the one you received, or if you accept a different gospel than the one you accepted, you put up wit it readily enough.”  And then there is statement from Jesus, which would make one think we are living in the day that He proclaimed, “See to it that no one leads you astray. For many will come in my name saying, ‘I am the Christ.’ And the will lead many astray.” (Matthew 24:4-5, ESV)

What do those Jesuses look and sound like?  Let me share with you some that have many millions of people deceived. I will begin with the obvious and conclude with the not so obvious.

The Muslim Jesus.  Muslims believe that Jesus (called “Isa” in Arabic) was a prophet of God and was born to a virgin (Mary). They also believe he will return to Earth before the Day of Judgment to restore justice and defeat al-Masihad-Dajjal, or “the false messiah.” Muslims believe that Jesus performed miracles: The Qur’an discusses several of Jesus’s miracles, including giving sight to the blind, healing lepers, raising the dead, and breathing life into clay birds. The story of Jesus’s birth as told in the Qur’an is also the story of his first miracle, when he spoke as an infant in the cradle and declared himself to be a prophet of God.

The New Age Jesus. The Jesus of the New Age or “new spirituality” is nothing more than another spirit guide. Those enamored of New Age spirituality usually find in Jesus a kindred spirit. Instead New Age writers see Jesus as an enlightened master who manifested a divine power – a power potentially available to all who enter the New Age.

The Mormon Jesus.  Unlike the Jesus revealed in the Bible, the Jesus of the Bible is not God, second Person of the Trinity. Mormons teach that Jesus is the product of physical relations between God (Elohim) and one of his celestial wives. They also teach that he has a brother, whose name if Lucifer. As far as anything related to Jesus’ atoning sacrifice, they believe that Jesus’ condition of sweating drops of blood in the Garden of Gethsemane was a part of the atoning sacrifice and not just the cross.

The Jesus of the Jehovah’s Witnesses.  The Jesus of the Jehovahs Witnesses is Michael the Archangel. Jesus to the JW’s is God’s “only begotten Son” and that hs life began in Heaven.  He is described as God’s first creation and the “exact representation of God” (but not God in human flesh).  He is believed to be a separate entity and not a part of the Triune Godhead.

The Modal Jesus.  The modal view of Jesus is tied to Oneness Pentecostalism and it is a heretical view also held by the likes of T.D. Jakes and Steven Furtick. The view of Jesus in modalism is that there is the believe in the deity of Jesus. But it is understood that Jesus is a “manifestation of God” or the God of the Old Testament, in the flesh. For this reason those how embrace modalism will sound Christian on the surface, but the doctrine of the Trinity held in a modal view of the Godhead is heretical because all Three Persons of the Godhead do not all exist at the same time in the view. This is also called Jesus only Pentecostalism.

Who is the Real Jesus?

So much more could be said about the aforementioned views that this essay could turn into an ebook.  Perhaps it may. At the same time a lot could be stated about who Jesus really is as well.  Allow me to share what Scripture has to say about Jesus.

He is the Only Begotten (sent forth) Son of God and Giver of Eternal Life.  “For God so loved the world,[a] that he gave his only Son, that whoever believes in him should not perish but have eternal life.” (John 3:16)

He is the Creator and Sustainer of All Things.  15 He is the image of the invisible God, the firstborn of all creation. 16 For by him all things were created, in heaven and on earth, visible and invisible, whether thrones or dominions or rulers or authorities—all things were created through him and for him. 17 And he is before all things, and in him all things hold together. 18 And he is the head of the body, the church. He is the beginning, the firstborn from the dead, that in everything he might be preeminent. (Colossians 1:15-18).

He is the eternal One Who is co-equal with the Father and the Spirit and the One in Whom all will bow before on the last day.

5 “Have this mind among yourselves, which is yours in Christ Jesus, 6 who, though he was in the form of God, did not count equality with God a thing to be grasped, 7 but emptied himself, by taking the form of a servant, being born in the likeness of men. 8 And being found in human form, he humbled himself by becoming obedient to the point of death, even death on a cross. 9 Therefore God has highly exalted him and bestowed on him the name that is above every name, 10 so that at the name of Jesus every knee should bow, in heaven and on earth and under the earth, 11 and every tongue confess that Jesus Christ is Lord, to the glory of God the Father” (Philippians 2:5-11).

Perhaps more could be said on both sides of the ledger on who Jesus is and who people say who He is.  He is the risen Son of God who conquered sin, death, and hell, so that you and I might see eternal life.  You are going to have to decide what your answer to His question of “Who do you say that I am?”  If you know Him as your Lord and Savior, then praise the Lord.  But know that we are living in a day that many Jesus impersonators and imposters are roaming at the altars of churches.  We need to understand that there is only One Jesus, who is God of very God, begotten and not made. We need to understand that the Persons of the Godhead all are co-equal in essence and nature.  If you think modalism is not an issue or that Jesus is created, you have an eternal issue large enough to lose your soul for all eternity.  Why not bow now before the Son of God who came to be your substitute for your sin?

Rob is a blogger, writer and public speaker with a love for equipping believers using apologetics, sharing the truth of Christ with the lost, and openly welcomes questions and objections from those that are genuinely seeking truth.