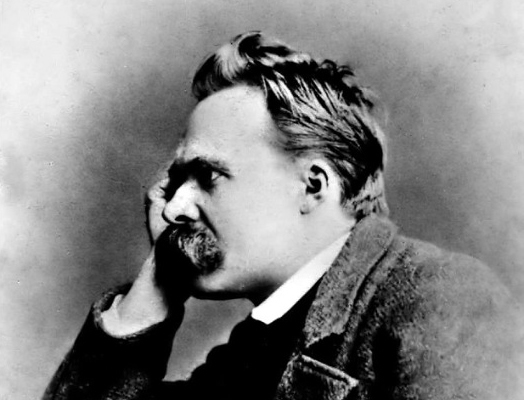 Some folks think that morals are set forth by the culture. Just ask Nazi Germany or modern day Liberia where gangs are fighting amongst themselves and even cannibalism is still in vogue.  Others think that morals can be determined using our reasoning skills. I would hope that one’s moral decisions would show some kind of reason, but that is not the starting point.

I open this posting to say that whether it is Nazi Germany, chaotic Liberia, or even a declining moral culture like the United States, ideas come with their consequences. Whether these ideas come from a conscience devoid of a objective moral framework or they come from a conscience that has been redeemed and is rooted and grounded on a moral law set forth by a Moral Lawgiver, ideas do have consequences.

Obedience to a Spirit inspired directive requires thinking. One of God’s greatest gifts to mankind, in fact, is the human mind and our capacity to think and communicate ideas. Thinking is not some random exercise brought about random molecules bouncing around and coming forth by random chance in hopes of a cohesive thought or conversation. In fact, thinking drives our life. Our ideas do result in consequences in our lives and in the lives of others.

The Bible connects thought and actions. Consequences result from our actions but they germinate from our thoughts. Choices and actions do not just spring into the external world from a vacuum. The originate from ideas in the mind. Jesus said that our evil deeds come from inside: “For out of the heart come evil thoughts, murder, adultery, sexual immorality, theft, false testimony, slander” (Matthew 15:19).

Our ideas bear observable consequences in the real world. A person who believes that gravity does not exist may jump off of the roof of a building. Someone who believes that a moving vehicle cannot hurt him may step in the path of an oncoming truck. Those who follow a maniacal cult leader or a prosperity gospel teacher will follow that leader. The followers a Jim Jones or a David Koresh will find themselves suicide victims. The followers of the false TV preacher could find themselves delusional from their false message and thinking that Christianity is a farce.

On the positive side of all this, ideas in the field of biochemistry can lead to cures for diseases. Entrepreneurial ideas for selling a product can lead to jobs, and a better market and competition. Ideas about God can lead to worship.

Ideas have shaped history and continue to do so. Charles Darwin’s theory of evolution has impacted not only the discipline of the biological sciences, but it also carried its ideas into the disciplines of the social sciences. Friedrich Nietzsche’s nihilistic philosophy formed part of the bedrock of the Nazi regime. If we were to compare the two sides of Berlin before the Wall fell, we would see the consequences of economic ideas from Karl Marx and from capitalism. God’s grand idea of the gospel has the greatest effect of all, shaping history and eternity.

Our ideas about God have the greatest consequence in our lives.  Bible scholar and teacher, A. W. Tozer once said, “What comes into our minds when we think about God is the most important thing about us“[1]

Ideas about God range from an impersonal cosmic force to a cruel task master or cosmic bubble gum machine or a Santa Claus like figure; to a loving heavenly Father. Each of those “theological” ideas lead to a different way of life, affecting everything, to include thoughts that we think, choices that we make, and actions that we commit.

What one believes about the Bible affects daily life in a very profound way. People who believe in the divine inspiration of the Bible (i.e.,  believe that men moved by the Holy Spirit wrote it) order their lives by its precepts. Those who consider it nothing but a collection of myths, nonsense, fables, stories or non-binding moral suggestions, seek their guidance from some other source. That source will be themselves, culture, or another someone. That source will not be an absolute source, but one that shifts with the whims of the zeitgeist of the times.

Nevertheless, everyone is entitled to their opinion, but not all opinions are correct. Ideas do have consequences, but as we have seen over the annals of western civilization, bad ideas have victims. Of all the religious sources in existence today, the Bible has something to say about how we should think and decipher the good from the bad.

The Apostle Paul, in his letter to the church at Philippi provides a list to aide us. He wrote,  “whatever is true, whatever is noble, whatever is right, whatever is pure, whatever is lovely, whatever is admirable — if anything is excellent or praiseworthy — think on such things” (Philippians 4:8). Those characteristics are good starting points and are guaranteed to reap good consequences, and not victims. But let us not ever say or think that ideas do not have consequences.  They do.