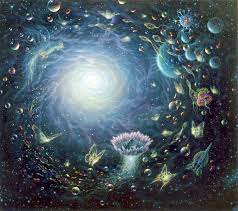 
Over the last several decades there has been a worldview which has been smuggled into the Judeo Christian West by those embracing the worldview of the religions of the East. The worldview is called pantheism.

Whether in direct religious teaching as in some forms of Hinduism or Buddhism, or infused into what has been known as the New Age (also known as the new spirituality and the “green religion”), or expressed in the popular media such as Captain Planet, Avatar, “the Force” of the Star Wars movies, pantheistic leanings are saturating the West and more specifically, the United States.

1. Pantheism comes from two Greek words pan (“all”) and theism (God), and that is what it means, all is God. God is everything and everything is God, and all is one (monism).  God and the world are synonymous. That makes God impersonal and not personal.  Pantheism holds that ultimately everything is one infinite, impersonal reality, an impersonal God.

2. Another concept of pantheism is that there are apparent distinctions between things that are an illusion (maya). In the pantheistic worldview, God did not create the world. The world emanates from “God” and is thus an extension of Himself like light from the sun.

3. Taking all that I have shared up to this point there is another concept that puts this on a personal level.  Since all is one, and all is God, that means that you and I are also “God.” The goal in this life is to become in union with him (moksha or nirvana).  There is a problem though.  Because we are finite beings, we do not know that we are “god” but have to come to the realization and experience the essence that we are “God.”

4. Since God is beyond distinctions of good and evil, union with Him requires a moral transcendence — becoming dispassionate or detached from absolute moral laws. Therefore morality is temporary and relative, not founded upon any absolute. Evil is an illusion (non real) like everything else, eventually to be reunited with the One (impersonal God).

5. Individual destiny is resolved by the repetition of cycles of life known as karma. One’s current status as a human, or as a goat or a snake, or a bug is determined by actions in a previous life.  The problem is that every birth is a rebirth from a previous life because they did not get that previous life “right.”  Without digressing here, death ends individual, personal consciousness, but the impersonal soul is reincarnated into the next life.

Centuries of reincarnation are necessary to work off the bad karmic mistakes of previous lives to re-merge with the One (impersonal God). History is therefore cyclical and not linear (moving toward a goal), but everything will be reunited as one.

I think you get the picture that if this the worldview that is invading the hearts and minds of our nation (and the church), we can agree that it is at war with the biblical Christian worldview. That said, let me now move to four (though there are more) metaphysical (reality) problems that are related to reason, reality, the human self, and morality.

1. Pantheism claims that reason cannot offer information about God. But it has to make or attempt to use rational or reasonable statements to do just that. And reason requires distinction between concepts, a distinction that does not exist because everything is an illusion according to pantheism.

2. How does the pantheist separate reality from an illusion. If the apparent reality is an illusion or non real, why bother denying it?  And then if reality is only an illusion, the illusion is a real illusion, so there are two realities rather than one.

3. If the pantheist says that he or she is not real, they refute their own view because someone real is making the claim that they are not real. Also if God is the unchanging reality and you and I are God, we cannot change. But according to pantheism, I must change through reincarnation to become enlightened about our deity.

4.  Despite pantheism’s claims of transcendence over moral ideals, the law of karma abounds with moral connotations. Karma is a law of cause and effect and denotes “action, work or deed.  Here’s how it works: “If you do evil, then you’ll reap evil or suffering. If you do good then you’ll reap inner joy and peace. Those who teach karma, believe that every action or thought has a corresponding reward. Human suffering, therefore, is not explained as being caused by God’s anger but as a result of ignorance of the divine law.

The Bible teaches that God created the world from nothing — it is neither God nor an emanation from God.  The Christian Scriptures (the Bible) always maintains those distinctions between the Creator (God) and the creation. Pantheists do what Paul warned about in Romans 1:25, “They exchanged the truth of God for a lie, and worship and served the creature rather than the Creator.”

This is the worldview of much of the educational system teaching your kids. This is the worldview of those pushing a radical Left environmentalism. God calls us the be stewards, not worship the creation. The earth is not your goddess Mother (Gaia), it is created by the First Uncaused Cause, God (YHWH) who created it out of nothing (ex nihilo).