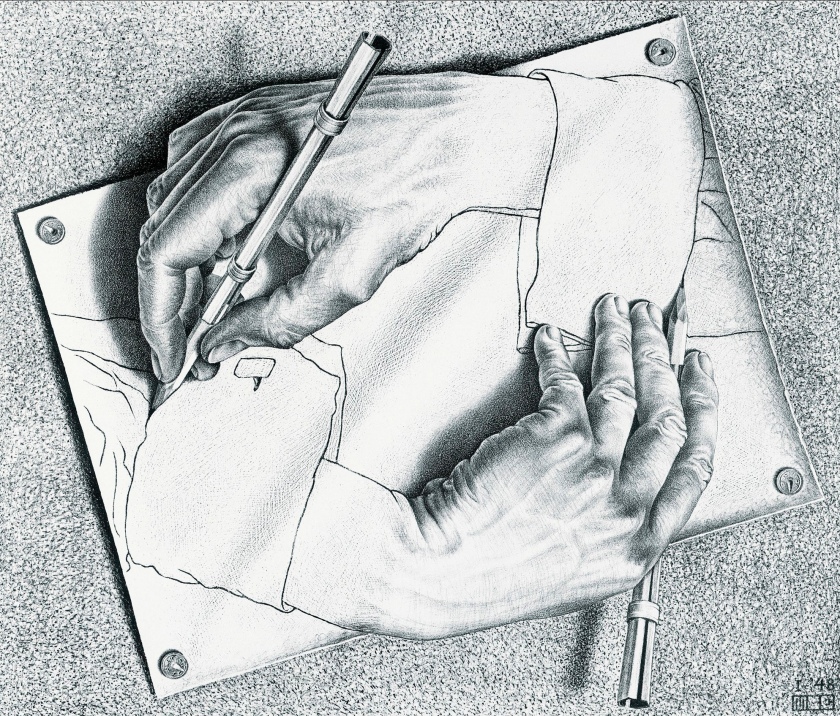 If someone were to ask you how God shows His existence in the creation, how would you answer? When you and I look at each other, what do we see? We see another body. But our bodies are not the real us. Our bodies are that which house the soul that not just indwells, but animates the body. Let me ask this question, could that human design be a model of God and the world? Is God a cosmic spirit, inhabiting the universe like a soul in a body?

Some people think so. Those embracing the new spirituality or a progressive form of “Christianity” have also embraced a worldview known as finite Godism or “panentheism.” In this essay, what I would like to do is expound a little more than a previous post on this worldview where I showed its failures. What is panentheism and why does it not line up with the biblical view of the historical Christian faith?

This is not so with panentheism. Panentheism means “all is in God.” This means that the universe is in Him but He’s more than the universe — as you are in your body, but are more than just your body. How does play itself out?

Contrary to the Christian view of God, the view of God in panentheism is vastly different. Let me explain with six key points:

a. God’s relation to the universe and the world.  As the world changes, God changes. In other words, He “evolves” with the universe. According to panentheism, God did not create the universe, but works with it to develop it into what it and He could be.

b. God’s relation to reality.  God is described in the panentheistic worldview as having two aspects or poles.  One is His reality — what He actually is (actuality).  The other is potential — what He might become.

c. God’s (non) intervention with the world. Panentheism holds that God does not directly intervene in the world’s affairs, but He coaxes it along the past that He desires. Thus He guides but does not control, the world’s and His own evolution.

d. God’s nature/being in relation to our nature/being. Since you and I are part of the universe, in the panentheistic view, we are some of what God has evolved into. Our purpose then is to add to His happiness by helping Him become what He wants to be. (Well isn’t that special!).

e. God in relationship to moral values. Moral values, in the panentheist perspective, are based in God’s essence, but since He’s always changing, morality also changes.

f. Panentheism and history.  History according to panentheism is a random  without beginning and without end, and even God does not know the future. When you and I die, we will not know conscious existence, but will be a mere memory in the mind of God.

As you look through these points, are you able to see that this is not what the God of the Bible is and how He has disclosed Himself to humanity. Those who are professing Christianity holding to panentheism are taking passages out of context or misinterpreting the genre using a faulty hermeneutic. There are many inconsistencies abounding in panentheism.  Allow me to share two major ones.

First, panentheism is also known as process theology. So God is going through a process, when did the process begin?  If God has both an actuality side and a potentiality side, with His potential side, how does anything become real (actual) from mere potential? On the flip side of this coin, what is real cannot precede its potential to be real. So we are faced with the proverbial cosmic chicken and egg dilemma unless the panentheist wants to introduce a God behind his own God.

Secondly, how do we know anything is changing without a constant frame of reference by which to measure the change? When we fly at night within the clouds, we are unable to see the moon, stars or lights on the ground. It is like we are seeing no movement.  We sense movement only if we have a fixed reference point by which to mark our progress.  Without that unchanging reference point we cannot know that God or the universe is changing.  The panentheist is therefore unable to know his own system.

The God revealed in the Christian scriptures (the Bible) is perfect and thus unchanging, distinct and transcendent from the world that He created. God’s providence rules creation rather than evolves with it.

As followers of Jesus Christ (God in human flesh, second Person of the Trinity) we please God by living a holy life, we He does not need our help. Panentheism’s low view of God falls short of this understanding: we do not need to help Him become something that He is not. Paul reminded the Athenian philosophers at Mars Hill (Act 17:25) that, “the God who made the world and everything in it is not served by human hands, as if he needed anything, because He himself gives all men life and breath and everything else.”