Some time ago, Stephen Hawking made a statement that “a belief that heaven or an after life awaits us is a ‘fairy story’ for people afraid of death”.  Christian Mathematician and Scientist Dr. John Lennox tells of a similar story where Hawking stated that believing in the after life was a “fairy story for those who are afraid of the dark.

Whether is it being afraid of death or afraid of the dark, here is a man, who’s body is plagued by ALS (Lou Gherig’s Disease, a motor neuron disease) since the age of 21, and is being kept alive along with his brilliant mind by a machine which enables him to communicate through a voice synthesizer and types the words that he wishes to communicate through selective eye movements.

Indeed in his condition we see the wonderful meeting of man and the wonderful technology of computerized machinery.  But that does NOT mean that man is a mere machine!  More on Hawking can be found here.

But no heaven?  Afraid of death or the dark?  At one point and time, shortly after his wife’s passing, Stephen Hawking was attending (I am not assuming anything more than that) a church.  But Hawking has been very clear that despite his physical condition that he has been suffering with for the last 49 years he is another atheist that does not fear death.  He also states that he is also “not in a hurry to die.”

But no God, no heaven, and not being afraid of death?  I wonder where Hawking finds his comfort in knowing that he is going to breath his last one day.  No doubt he is a brilliant individual.  But what if he is wrong?

Well, to share with you a thought I was mulling over after reading Hawking’s remark, I thought of an episode of one of my favorite movies that I like to watch with my wife and daughter.  It is the BBC’s version of C. S. Lewis’ The Silver Chair.

In the movie there are three heros in the movie, (Eustace Scrubb, Jill Pole, and Puddleglum the Marshwiggle), who venture out in search of the Prince Rillian.  Though Puddleglum appears to provide a comedic outlet for the receivers of the story, this Marshwiggle also reflects a lot of C. S. Lewis’ theological and philosophical depth to the storyline.

When Eustace, Jill and Puddleglum finally respond to all the signs given to Jill by Aslan, they rescue and release Prince Rillian from the Queen of the Underworld’s curse.  The next scene is an encounter with the Queen of the Underground who is the villian.  The queen puts the children and the Prince under a spell, telling them that there is no Narnia, there is no sky, no moon, no stars, and no Aslan.

You might be wondering what in the world does this have to do with Stephen Hawking’s statements. Can Lewis’ Marshwiggle response to Dr. Hawking in an intelligent manner?  Well Dr Hawking, allow me to introduce to you to Mr. Puddleglum the Marshwiggle.  Mr. Puddleglum here is the microphone and my dear friend, you may have the floor.  Here is a video that links all this musing together. . . 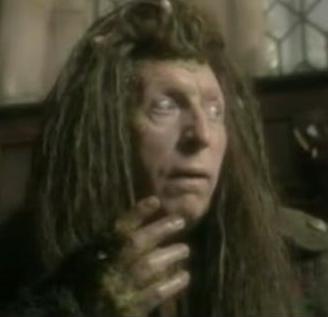 Puddleglum:  Dr. Hawking, “Suppose… suppose we have only dreamed and made up these things like sun, sky, stars, and moon, and Aslan himself. In that case, it seems to me that the made-up things are a good deal better than the real ones. And if this black pits of a kingdom is the best you can make, then it’s a poor world. And we four can make a dream world to lick your real one hollow.”

Mr. Hawking, you say there is no God (no Aslan).  You say there is no heaven (stars, moon, sky, overworld); that it is just a fairy tale?  What if your atheism and atheism in general is nothing more than a ruse, a childish ranting of fantasy in pursuit of autonomy?  Perhaps your atheism is a fairy story for those who are afraid of the Light. Years upon years have shown atheism to bring no meaning, no purpose, and no moral law.  Atheism is a philosophy that has to smuggle in theistic language from a worldview that it rejects in order to defend its arguments.

I only pray that Stephen Hawking will be “grabbed by the heels by the Hound of Heaven” before it is too late, and he will find that his worldview has no hope, no meaning, no purpose, and ultimately has no recovery.